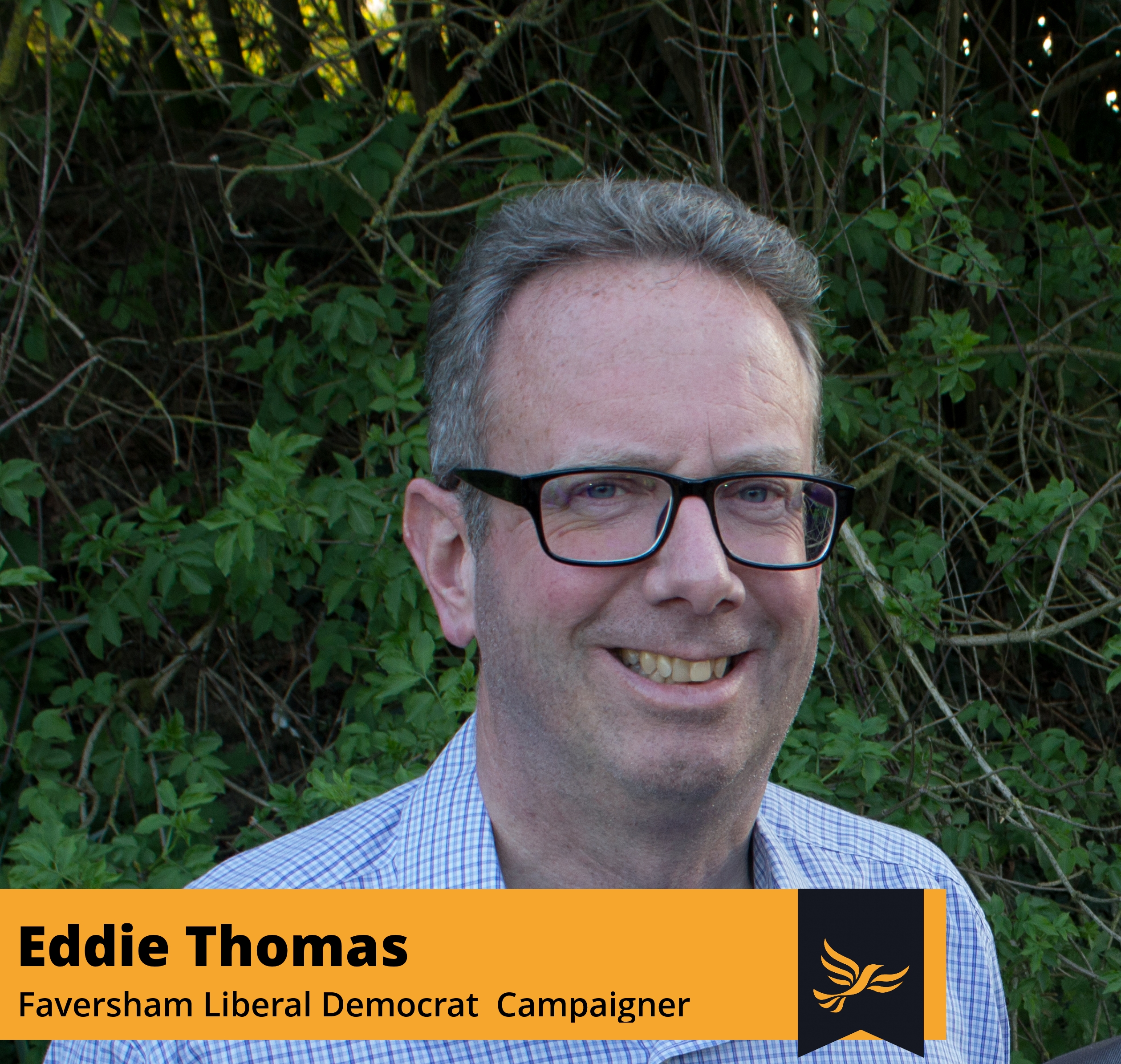 Cllr Eddie Thomas was born in Canterbury and grew up in Herne Bay, moving to Faversham in 1992.

Eddie started his career in Retail Management at the Safeway Store in Preston Street in 1988.

Whilst working at Safeway, he realised that his skills lay in people management, teamworking and coaching and developing colleagues.

It was these skills that lead Eddie to his current job of a Driving Instructor, and he enjoys the challenge of growing a students skills and confidence until they are independent enough to drive on our busy and challenging roads.

As a driving instructor Eddie is often involved with issues and campaigns, relating to roads and road safety, including the 20's Plenty Campaign, Ospringe bypass and the excessive amount of polluting lorries on our roads.

Eddie is a member of the Faversham Speed Watch Group.

Cllr Eddie Thomas was elected to Swale Borough Council and Faversham Town Council in Watling ward in May 2019.

Cllr Eddie Thomas is the Deputy Cabinet Member for the Environment at Swale Borough Council.

Eddie is the Chair of the Town Council's 20's plenty committee and public spaces committee.