The Liberal Democrats are asking people across our community who care for relatives to get in touch and share their story – to mark national Carers Rights Day.

Liberal Democrat party leader Ed Davey has said he wants the party wants to be a "strong voice" for the millions across the country – including 9,850 people in Faversham & Mid Kent and 11, 274 people in Sittingbourne and Sheppey who care for those who need it.

Ed himself knows the burden put on carers for family members - having been a carer for his mum when growing up and now caring for his disabled son.

Carers can get in touch and share their experiences at www.libdems.org.uk/carerssurvey

"Millions of people across the country act as unpaid carers for loved ones. This year has highlighted more than ever the issues many of them face."

"If you are a carer - or someone who receives regular care support from a relative of a friend - we want to hear from you. Please get in touch with us and share your story." 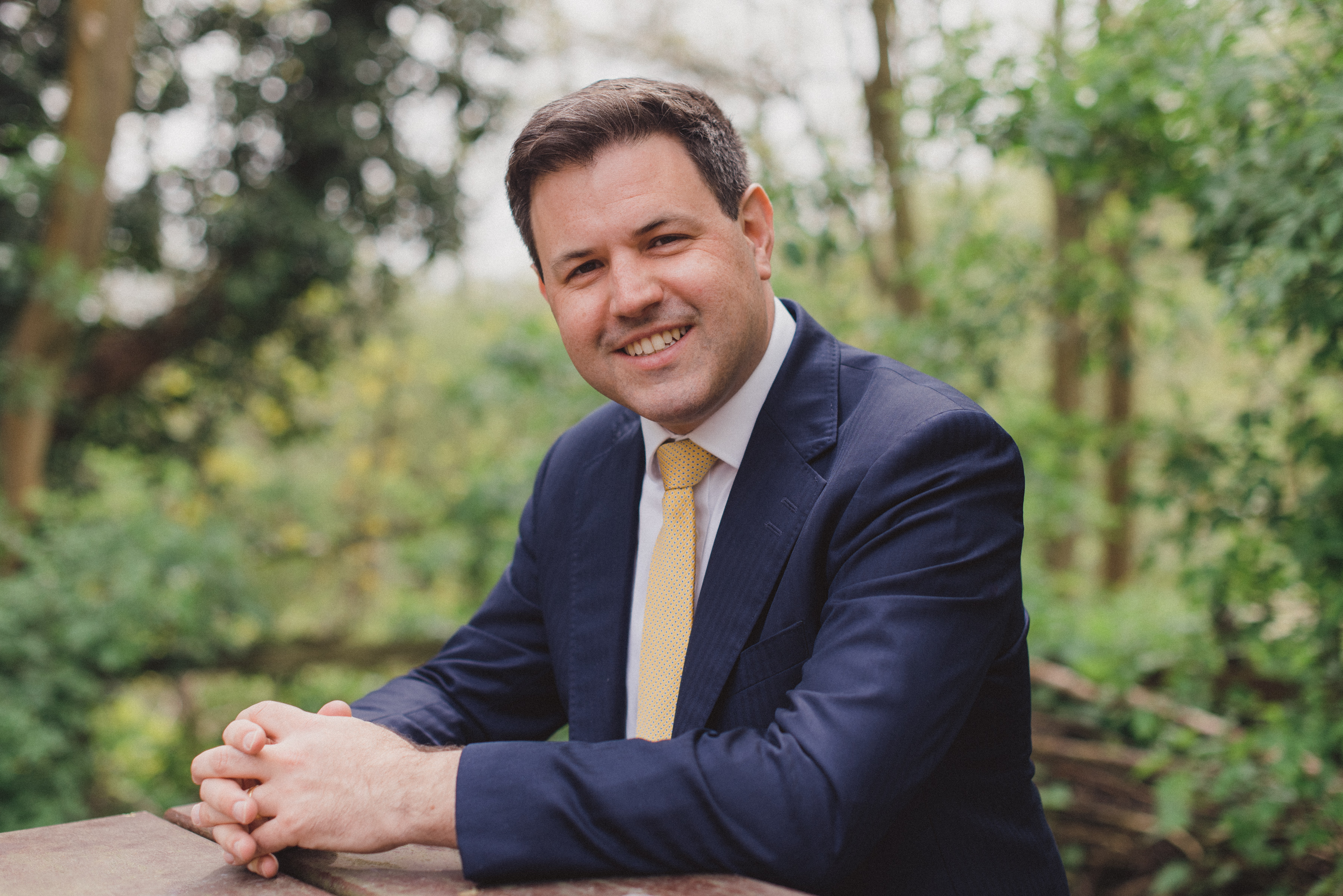 Antony Hook, Liberal Democrat councillor for Faversham, has asked ITV News to explain a statement that the Covid infection rate "in and around Faversham" is the second highest in the country.

The Swale Liberal Democrats have called on The MP for Faversham and Mid Kent, Helen Whately MP to this week vote in favour of safe and legal routes to sanctuary for vulnerable refugees.

In a letter to Helen Whately, Liberal Democrat Councillor Hannah Perkin argued that safe and legal routes are the best way to “combat people smuggling and human trafficking” and to prevent “dangerous attempts to cross the Channel.”

The votes come on Wednesday [04/11/2020] in an amendment to the Immigration Bill just days after four people, including children, tragically lost their lives trying to cross the Channel.

The Liberal Democrats, who are also urging the public to back their petition, want MPs to back proposals that would maintain the rights for refugees in Europe to be reunited with their families and ensure that unaccompanied child refugees can be resettled in the UK.

In his introduction Cllr Martin noted that Swale was by no means the first council in the country to go down this route, siting the examples set by Liberal Democrat led councils in Portsmouth, Torbay and Maidstone, in addition to those in Brighton, Hastings and Bexley. 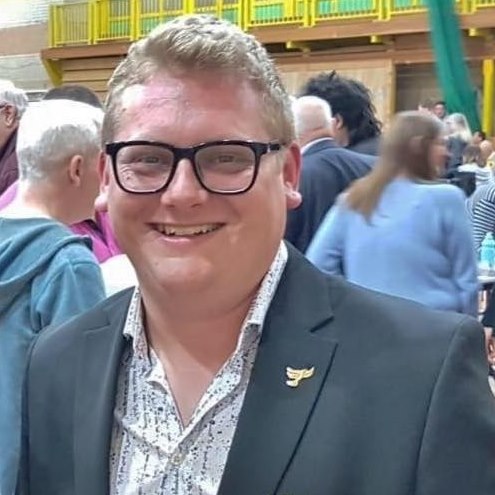 Liberal Democrat Councillors Hannah Perkin, Eddie Thomas and Mayor of Faversham Alison Reynolds attended Faversham Recreation Ground last Friday evening to see for themselves the level of lighting on the Rec and the youth outreach work by the Pavilion that had recently started.

The youth outreach project, which received funding from Faversham Town Council, will be traveling to different parts of Faversham and the surrounding villages providing an array of facilities and activities for young people.

Cllr Hannah Perkin said, “after the recent incident at the Rec, we are taking residents concerns very seriously and want to ensure the Rec is safe and welcoming for everyone. The public footpath running from the 'long bridge' to the Pavilion, is now very well lit as is all around the Pavilion and that is where we met the youth outreach activity being held by 'the Benefice of Faversham Community mobile unit at their Little GEM trailer.' I've been told that the Police have increased their patrols monitoring the Rec, and since the summer have seen a reduction in anti social behaviour and crime.”

Faversham Mayor, Cllr Alison Reynold said "I am impressed with the range of facilities and activities the youth outreach project has been able to provide. Facilities for young people like youth clubs which use to be provided by the county council have been cut significantly over the years, and its important that we work with partners to ensure we support young people, and give them access to the same opportunities we had when we were younger." 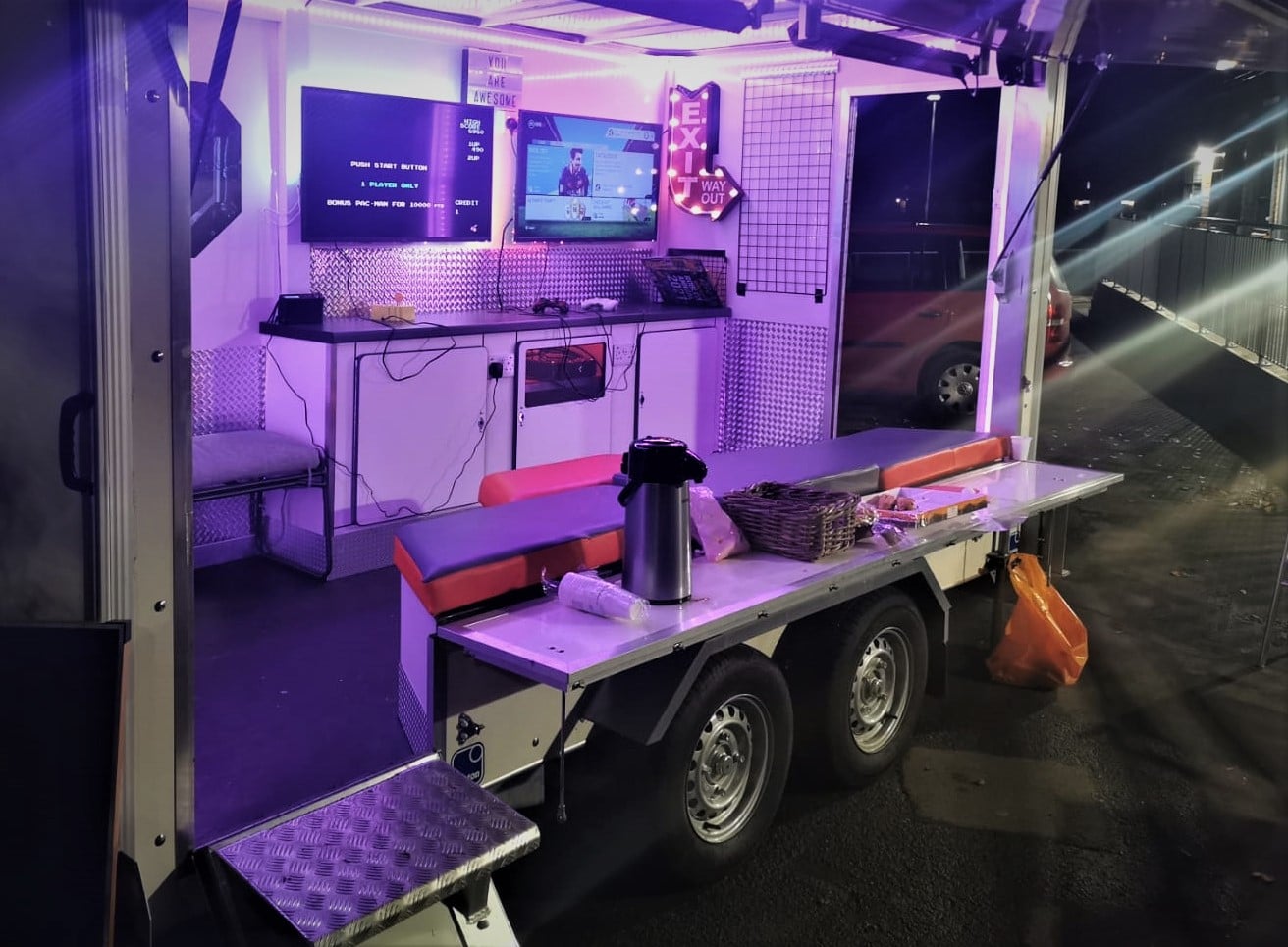 Lib Dems call for furlough extension as 7.2% of people claim Universal Credit in Sittingbourne and Sheppey

The Liberal Democrats are calling for an extension of the Government’s furlough scheme until the jobs market is “ready to bounce back” in the wake of “staggering job losses” across the country.

With 7.2% of people in Sittingbourne and Sheppey and 5.3% of people in Faversham and Mid Kent now relying on Universal Credit, the Party claims that extending furlough would help “stop this crisis getting even worse” and protect jobs for the future.

Despite the Chancellor promising last month to do “whatever it takes” to support households and businesses through the worst of the coronavirus outbreak, the Government has so far failed to agree a plan beyond the end of the furlough scheme on 31 October. 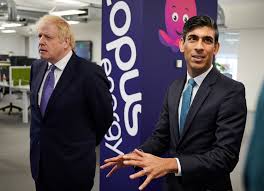 The Liberal Democrats have also warned some of the worst hit are the country's self-employed workers, three million of which are still not covered by support. The Party has called for support to be extended and urged the public to join its campaign to protect jobs.

“With so many families in crisis, the Government should be doing everything in its power to protect jobs in Swale and right across the country.

The fact that 5210 people in Sittingbourne and Sheppey and a further 3155 people in Faversham and Mid Kent are now relying Universal Credit shows exactly why the Chancellor must extend the furlough scheme, at least until the middle of next year.

Ministers need to act now to stop this crisis getting even worse and extend financial support for the millions of people currently excluded from the Government assistance.” 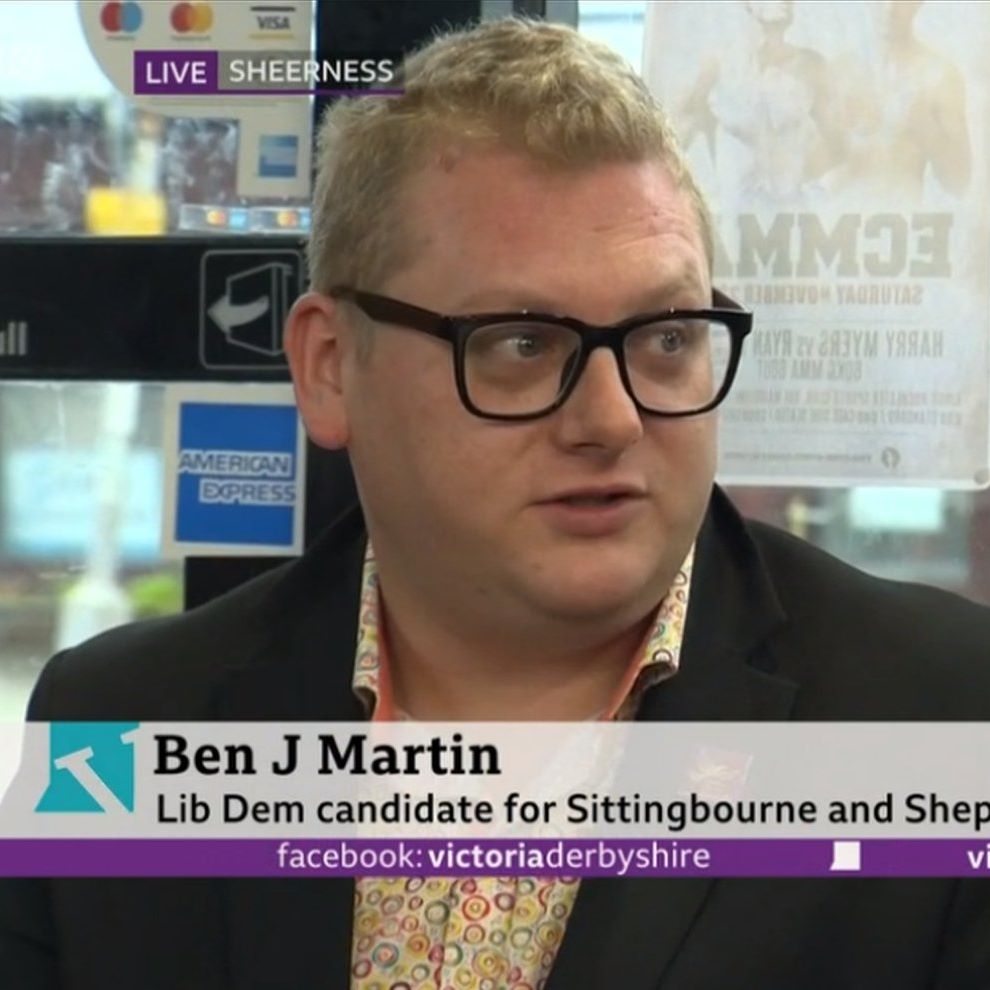 Local Liberal Democrat Councillors are horrified at the Conservative government’s proposals to increase their demands for more houses to be built in Faversham and Sittingbourne, and the failure of Helen Whately MP to condemn these crazy building plans.

The changes, detailed in the Conservative Government’s “Planning for the future” white paper and “Changes to the Current Planning System” document include moving to a zonal planning system, broadening the definition of what is consider a ‘small development’ and a new method for calculating local area housing targets. 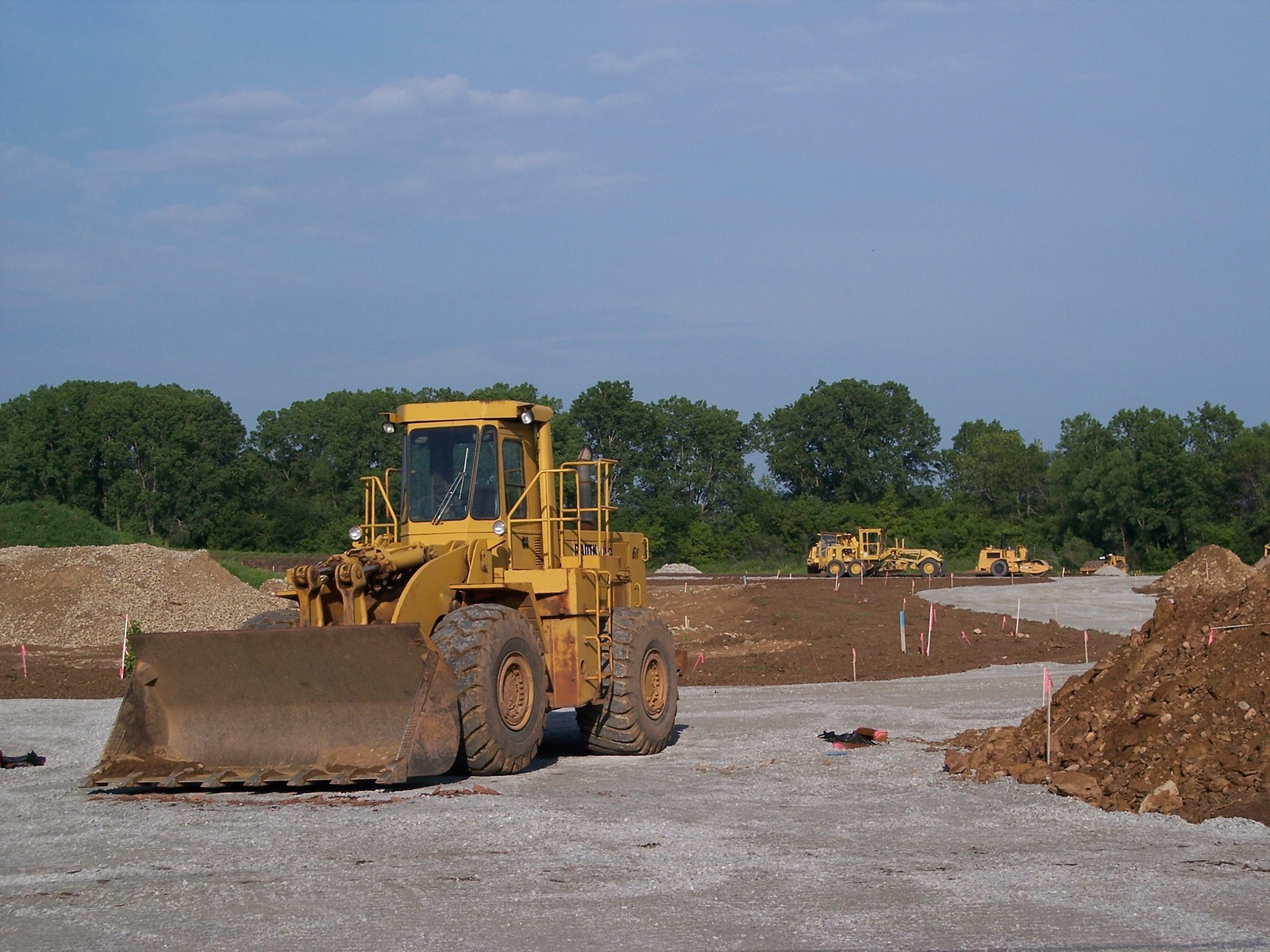 Swale Lib Dem Group Leader, Cllr Ben J Martin (Watling Ward) said “the Conservative's proposed new method for calculating housing targets is completely unacceptable. There is no way Swale can cope with such high numbers of new houses. If the proposal goes through, Swale would be forced to include every site put forward, in the local plan. The Zonal planning proposal would cut local input to the local planning system, as once an area is allocated, developers wouldn’t need to apply for detailed planning permission. That would give them free reign to build whatever they want, with no opportunity for local people to have their say. This is completely undemocratic. People should be able to have their say on planning matters, with decisions taken locally and not by unelected bureaucrats."

A New report by the Salvation Army is calling on the Government to fund homelessness support services properly in this autumns comprehensive spending review (CSR).

Without this, it warns that homelessness will soar, and that families will be forced into expensive and unsuitable accommodation, as councils struggle to manage rising homelessness levels. 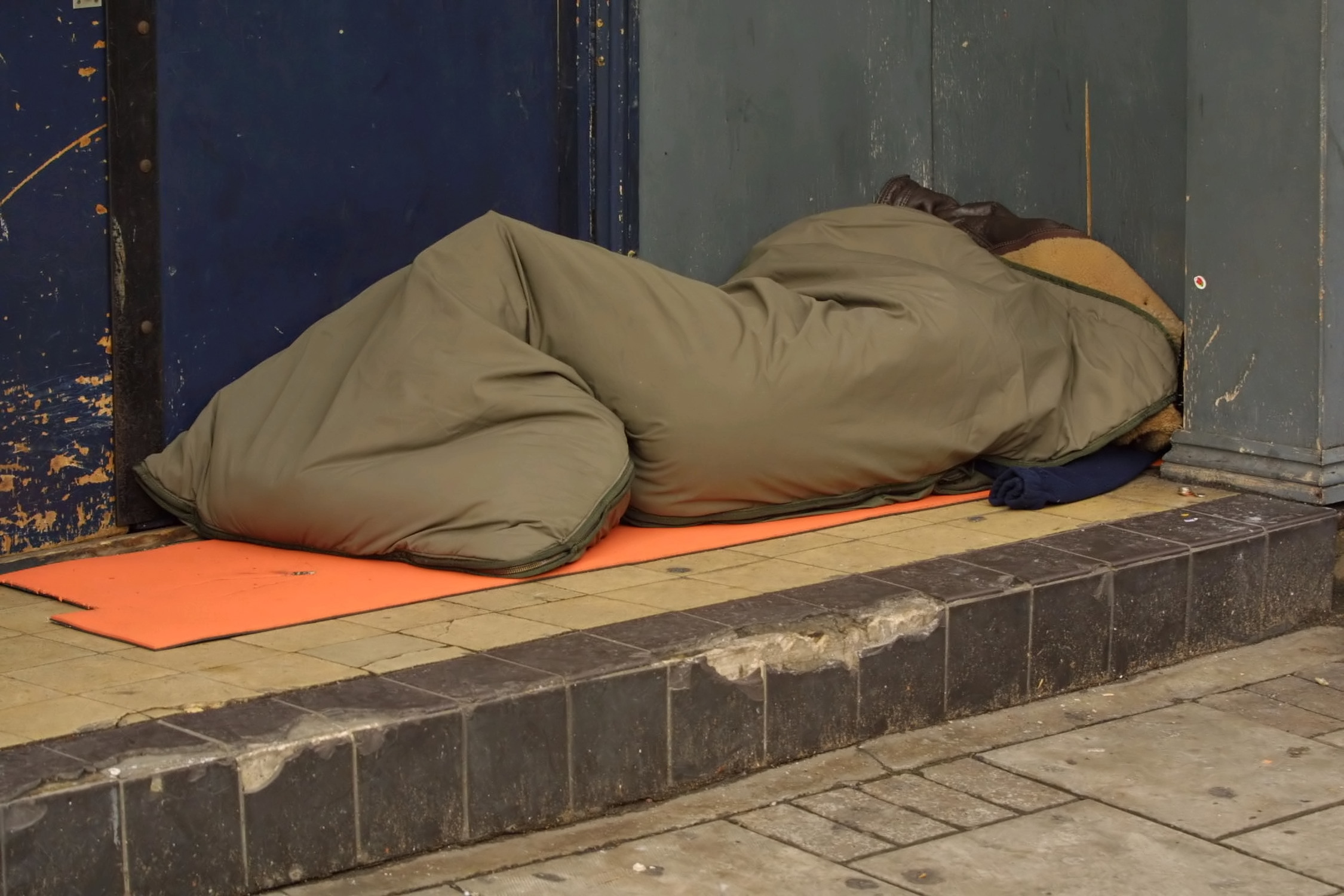 The charity’s report, “Future-proof the roof” sets out a range of solutions to sustain the progress made in recent months in helping rough sleepers off the streets. It says that temporary accommodation cost councils nearly £1 billion last year.

Swale Borough Council Cabinet Member for Housing, Cllr Ben J Martin (Lib Dem) said “The COVID-19 pandemic has exacerbated the significant challenges councils already faced supporting homeless people. Despite significantly increasing Swale’s budget for Temporary Accommodation for this year and introducing a homelessness prevention team we are already seeing increasing pressure on the budget. In the short term, to prevent any immediate rise in homelessness, the government needs to bring forward its pledge to end ‘no fault evictions’ which would help reduce the number of people being evicted. The Government must also commit to ensuring that Local Housing Allowance Rates (LHA) can fully cover the cost of average local private rents.”

Swale Lib Dem Group Leader Cllr Ben J Martin has joined Lib Dem Group leaders from across the country to write to the Secretary of State for housing communities and local government, Robert Jenrick MP raising concerns about the Government’s up coming white paper on Devolution and Recovery, due to be published in September. The letter signed by Council Leaders and Senior Councillors from 28 authorities sets out a number of key concerns.

In July Minister of State, Simon Clarke said that the paper would include “creating more elected Mayors in England, giving them and existing Mayors the powers they need to lead economic recovery and long term growth, and more unitary local authorities.”

Roundabouts installed on the A251 Ashford road and B2045 Western Link Road as part of the Perry Court and Davington Fields developments are to be improved following a request from Swale’s Cabinet Member for Housing, Cllr Ben J Martin (Lib Dem) and Faversham’s Deputy Mayor Cllr Trevor Martin (Lib Dem). The roundabouts, which have come in for much criticism since being installed due to HGVs regularly over running kerbs, were approved as part of the planning applications approved under the previous Conservative controlled council. 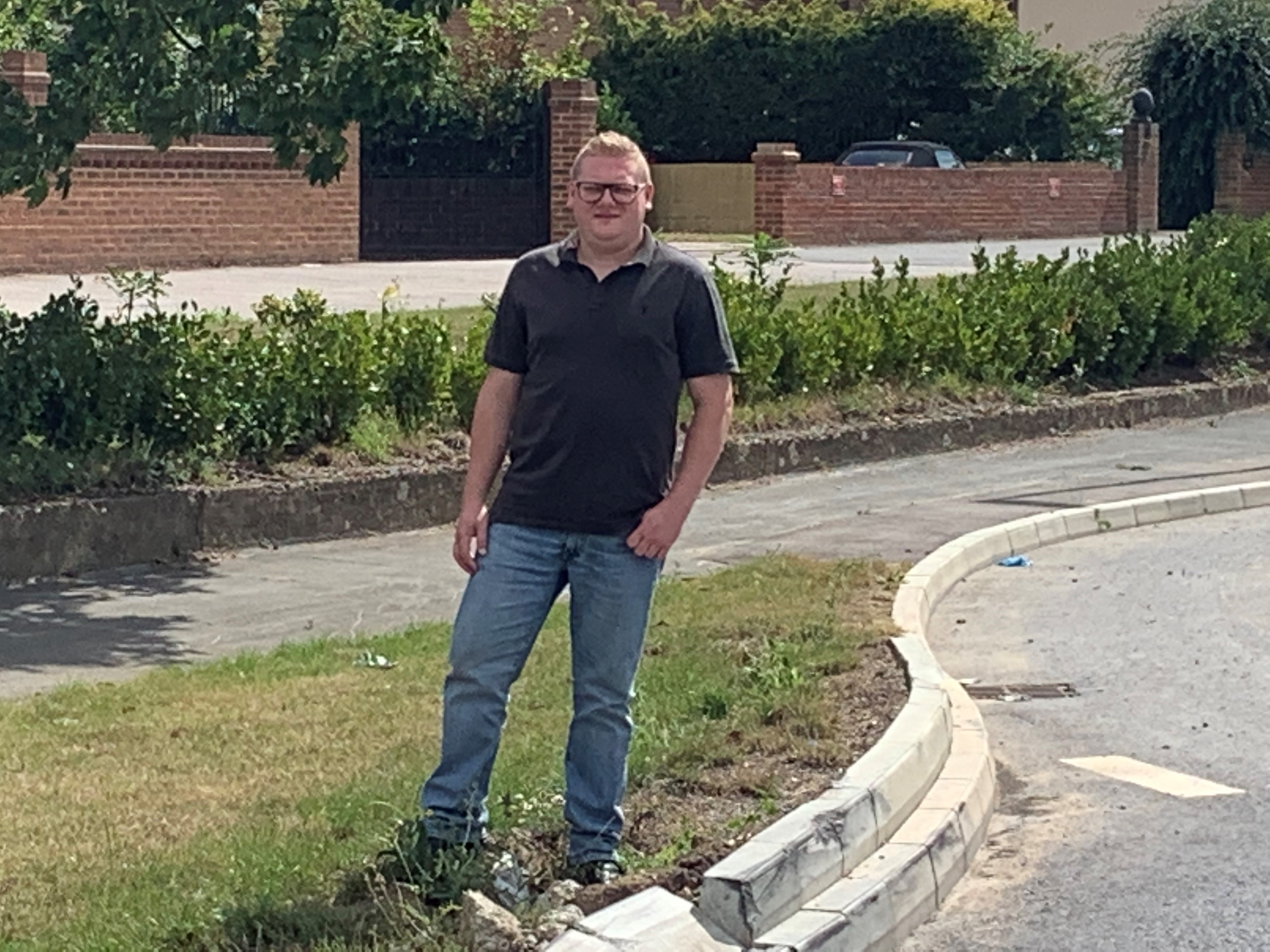