It is one of the busiest crossings in the town, right opposite the Recreation Ground.  Hundreds of parents and children use it everyday going to and from local schools. 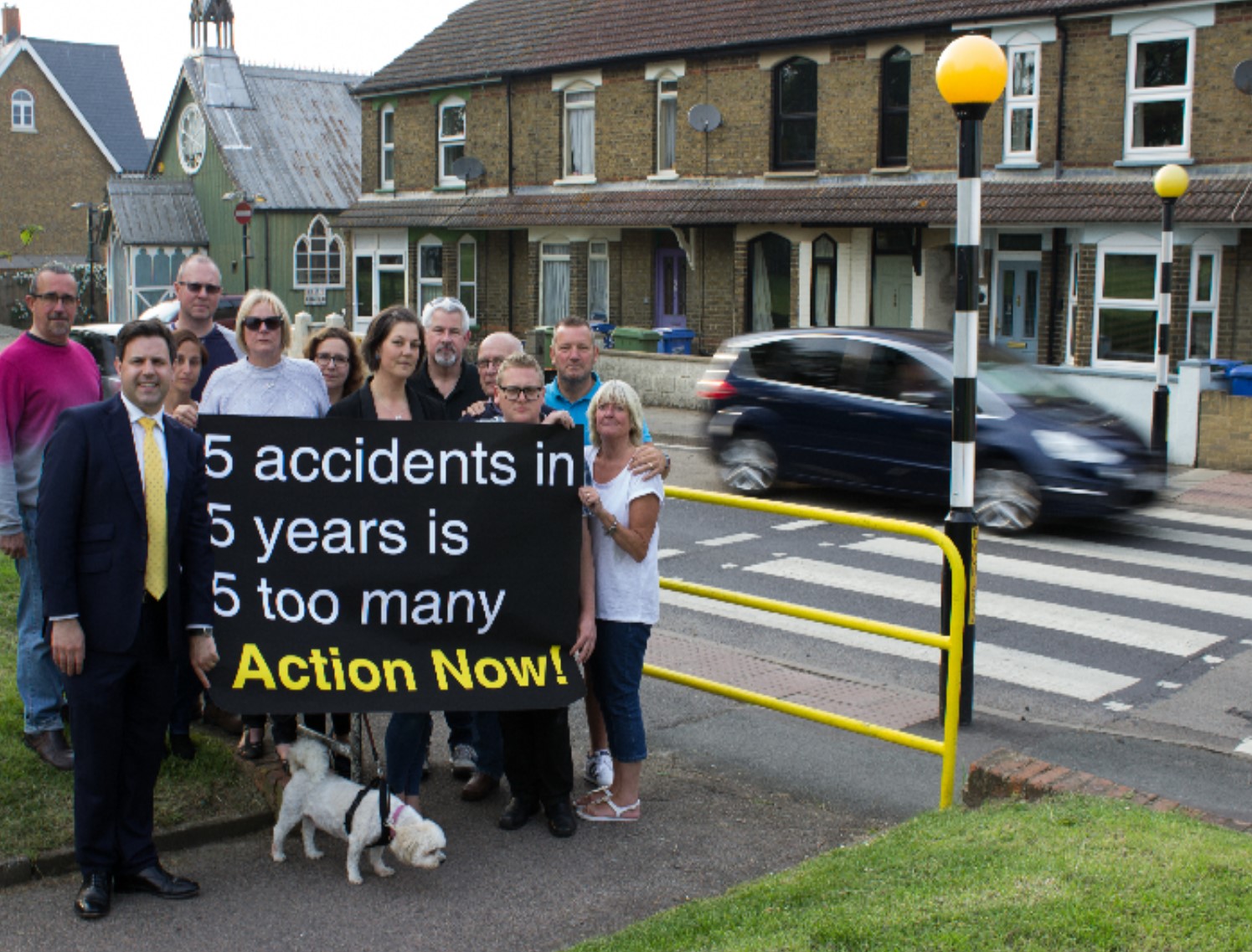 “There have been five officially recorded accidents on this crossing in recent years - and more that have not been reported.”

“In the most serious of these a man was killed when a motorcycle failed to stop.  That has been utterly devastating for his family and we want effective action so it never happens again.”

“Many local people tell me they feel this major local crossing needs to be safer.”

“I have read the official crash reports and there is a clear pattern. Most of the incidents involve a vehicle travelling towards town and hitting a pedestrian crossing from the Rec side.  Most of the incidents are in the afternoon when the sun would be in the west - in front of drivers going into town and visibility could be a factor.”

Conservative bosses at Kent Highways have refused to upgrade it to a pelican crossing (with lights and a red/green man).

“Talking to local people about what they would like to see happen, it is clear there are things we could do to make the crossing safer.”

“A popular idea is widening the pavement on the Rec side - so vehicles have to slow down and people on the pavement are easier to see. It will also mean that people have a shorter distance to cross.”

“Kent Highways staff have told us it is a wider crossing than normal and if that was changed it would make it safer for all.”

“We are calling on Kent Highways to take action and make changes to improve safety here for everyone.”